The First Week Of Kindergarten In Titles

Thursday: “I Don’t Want To Go To School.”

Kindergarten is awesome, but it’s a lot to take in for a five-year-old kid (and his Mama!). I was over-the-moon happy on the first day when Riley showed so much excitement for this new and unfamiliar chapter in his life. What I want him to learn more than anything this year (besides how to count to 20 without skipping 15 and 16) is to leap – to know that life’s biggest surprises and greatest rewards come when we take risks and try new things…even when especially when we’re scared.

Despite Riley’s progressive descent into morning madness, he came home every day with a smile on his face, dirt under his nails, and at least one (and upwards of 100) stories to tell. He started off the week with the coveted job of “line leader,” which we all know is THE best job in Kindergarten, and ended the week as the “mail assistant,” which is another triumph because, let me tell you, this kid loves mail in a way that both baffles and frightens me.

In case you’re wondering, he wore his school uniform like a champ (buttons, zippers, pockets, collars, and belts, oh my!), and he didn’t cry once when I dropped him off.  (Neither did I, by the way. Proud Mama!)

I have no idea what next week will bring, but I sure hope the title for Saturday is: “The Day Everyone Slept In.” 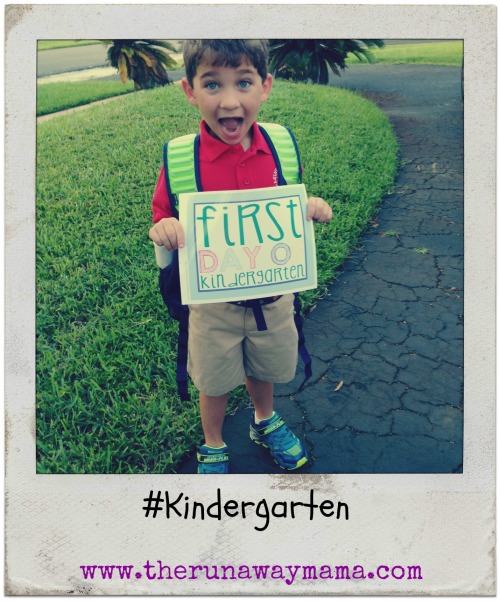 3 responses to “The First Week Of Kindergarten In Titles”