I woke up on New Year’s Day totally and completely ready for a diet.  A financial diet.  (Please, Mamas, let’s be kind to ourselves.  Let’s just pat ourselves on the back for enduring the emotional and physical ringer of motherhood – and a two-week long winter break! – and be okay with where we are and try to drink more water and less wine and more fruit and less Skinny Pop without making ourselves crazy.  Deal?  Cool.)

My diet is one month (or two or three or infinity) of no spending except for the bare necessities (gas, groceries, Kefir, wine, and Chinese food delivery).  One month of simplicity.  One month of living with less.  This has nothing to do with being a shopaholic (don’t believe a word she says…shopaholics are liars!), but the excessiveness of the holidays has certainly left me craving a cleanse.

I would’ve started my diet on January 1st, but we went to the zoo as a family (which was lovely, by the way), and after we bought tickets, pretzels, popcorn, and lunch (for us and the giraffes), we had to walk through the zoo gift store to get to the parking where we spent another $10 just because.

When we got home that night, we found the floor was wet under the carpet in the boys’ bedroom next to the wall where the air conditioning duct enters the house.  That discovery didn’t cost anything yet, but the a/c repairman would have a looky-loo on Saturday afternoon.  The evening turned ominous after that, so we poured a drink, ordered Chinese food delivery (see list of bare necessities in 2nd paragraph), and called it a day.

I would’ve started my diet on January 2nd, but we met friends at the ice skating rink where we bought tickets and rented skates and a walker for Riley because he’s a hot mess on the ice. 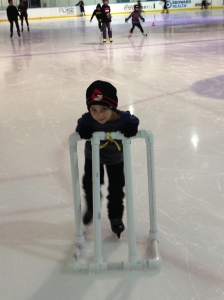 (That $5 was worth every freaking adorable penny.)

We also bought snacks from the snack bar because I screwed up the time and we arrived an hour before the skate rental window opened, a bottle of water because someone was sooooo dehydrated, a pretzel, a blueberry muffin, and $1.50 in quarters because another someone wanted to “win” crap from the crap machines scattered around the rink.

Then, when we got home, I booked two nights at a local Marriott Residence Inn for when the house is tented for termites in ten days (gulp).

I would’ve started my diet on January 3rd, but we met friends at the children’s museum where we paid for parking, admission tickets, and lunch.  We got lucky at the end and snuck out the entrance instead of being forced to exit through (and spend more money in) the gift shop.

I would’ve started my diet on January 4th, but we had a babysitter.  I mean, come on!  I’d been on winter break with my (adorable, intelligent, lovely, etc.) nut-bag kids for seventeen days.  SEVENTEEN days!  I deserved a night off for everyone’s sake, didn’t I?  And after the diagnosis from the a/c repairman, I really needed a drink.  I mean, really needed a drink.  For some reason, I also had an urge to watch “Money Pit” with Shelley Long and Tom Hanks, which not only would’ve validated the crap sandwich that is home ownership, but also would’ve made me feel ancient because Shelley Long and Tom Hanks were younger than me when they made that movie and that movie was released in 1986.  1986!  Do you see why the babysitter and the drink(s) were legitimate – lifesaving, I dare say – expenses?

I would’ve started my diet today, but you see, parenthood is the ultimate money pit.  One kid needs shin guards for soccer and the other kid needs a mouth guard for basketball and there’s a preschool tuition bill sitting on my desk to the left of my laptop and it’s almost time to put a deposit down for camp and I need to go back to the grocery store because I have to pack lunches for school and I need cheese sticks and yogurt tubes and bagels and cream cheese and apples and would you believe me if I told you there is not one juice box to be found in my house?  Not a single one.

The point of all of this is that I’ll start my diet tomorrow.