Marching to the Beat of His Own Drum 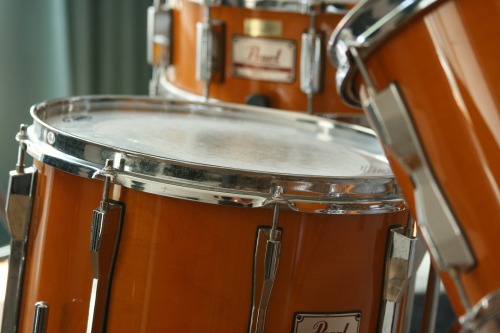 My nine-year-old son is going to take drum lessons. I’m dreading it, but not for the reason you probably think.

This school year, we’ve dabbled in ice hockey, chess, basketball, karate, and swimming. None of the activities have resulted in any long-term interest.

So far, this has proven to be a difficult task.

In our current parenting culture of high-commitment and high-competition sports (the ice hockey season where we live is 8 months long), experimenting with different activities to find one that fits (and inevitably stumbling through the ones that don’t) feels a lot like repetitive quitting. And let’s face it, quitting feels a lot like failing.

Chess was boring. Basketball was intimidating. Karate was uncomfortable. Swimming is the one strand of spaghetti that has stuck. My son wants to pass the deep water test at our community pool this summer so he can go down the water slides in the deep end. It’s been useful motivation to go to his once weekly lesson, but I wouldn’t classify swimming as a passion or even a joyful hobby. It’s a means to an end. It’s an obligation. Still, he goes.

In the case of the drums, I’m not dreading the lessons because of the potential for long bouts of loud, ear-splitting, off-rhythm noise coming from my basement. On the contrary, I’m dreading it because I’m excited about it.

I’m enthusiastic about the idea of him playing a musical instrument, and I’m giddy about the positive benefits music has on kids’ cognitive brain development, especially ones like mine with anxiety, attention, and sensory issues. I also think the drums are cool and have found myself daydreaming at least once (or twice) about my son someday playing in a rock band or joining the marching band at school. Most importantly, I’ve imagined him belonging, believing in himself and feeling comfortable in his own skin, learning, and persevering.

I’m worried that if it doesn’t work out, and there’s a good chance that it won’t, I’ve set myself up for a pretty big fall. I’m afraid the reality might not not live up to my expectations, and I’m anxious about finding myself in the uncomfortable position once again of deciding whether to make him stick it out or try something different.

I’m not a Tiger Mom (obviously), but I am my son’s mom, and I know he’ll eventually figure out what brings him joy and inspires him to learn, create, grow, and dream in his own time, just as he did when he learned to walk, talk, use the toilet, read, and tie his shoes. It’s just a lot easier to reflect on these milestones in hindsight.

My son is as excited about his first drum lesson as I am, so perhaps that’s a positive sign. No matter what happens, though, one thing is for sure. I most definitely have a kid who beats to his own drum.

5 responses to “Marching to the Beat of His Own Drum”