Do You Have Summer Brain? (I Do) 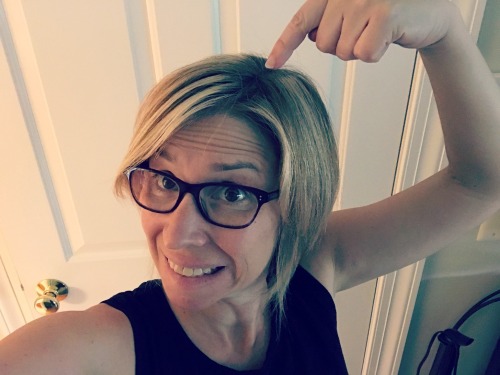 Overview: Summer Brain is the weakening of a mother’s mental capacity during the months of June, July, and especially August to the point where she loses her f–king mind. Not be confused with Summer Slide, a condition that causes students to lose some of the academic gains they made during the previous school year, Summer Brain is an ailment that exclusively afflicts moms. It’s caused by a sudden and severe lack of routine and structure, which is common in the summer when kids are off from school. Summer Brain may be a temporary—or seasonal—disorder, but it’s a serious sickness and should not be taken lightly or ignored.

Symptoms: Symptoms of Summer Brain include:

Diagnosis: A definitive diagnosis of Summer Brain is tricky. Its symptoms overlap with Mommy Brain, a terminal condition caused by acute anxiety, guilt, multi-tasking, self-doubt, and perfectionism that commences when a child is born and ends when a mother is able to never. The key difference between the two is the type of pain they cause. Mommy Brain results in an unending dull throb that can be managed with the help of doctors, therapists, yoga instructors, and sommeliers. On the contrary, Summer Brain causes a short-lived but shocking and piercing pain that brings to mind the passing of a kidney stone. With kidney stones and Summer Brain, there is only one way to end the agony.

You can determine the presence of Summer Brain by answering yes or no to the following statements. If you answer yes to four or more, you’ve been plagued.

Since the school year ended in June…

Have you forgotten at least one appointment?

Have you neglected a birthday or anniversary?

Have you pressed the “brew” button on your coffee maker without putting mug underneath the spout?

Have you served frozen pancakes for breakfast, lunch, and dinner more than three consecutive days?

Is it possible that you didn’t brush your teeth today?

Have you given up screen time limits?

Do you avoid social situations for fear of nits?

Have you stopped going to the community pool because it seems like a lot of work?

Have you obsessively cleaned out your refrigerator, organized your plastic container cabinet, and/or alphabetized your spices while binge listening to Gretchen Rubin’s “Happier” podcast?

Have you had a tantrum over a wet towel and/or cheese stick wrapper?

Do you have more than a half inch of outgrown dark and/or gray roots in your hair?

Have you poured Cheerios in your coffee and coffee in your kid’s Cheerios?

Treatment: The only known cure for Summer Brain is school. Once structure, routine, and the daily absence of children return to your household, the debilitating anguish of Summer Brain will subside. Patient research and feedback suggests the following activities can alleviate the severity of Summer Brain symptoms:

One response to “Do You Have Summer Brain? (I Do)”