I’m on Mamalode today with a piece called “26 Little Celebrations.” It’s about the force that connects us as a family even when we’re apart. Interestingly, today is the first day that we’re together again, and that’s cause for a BIG celebration.

Here are a few other reasons to celebrate:

If this experience has taught me anything, it’s that I can handle way more than I give myself credit for. Motherhood makes us capable of unimaginable feats. Think about that the next time you’re in the weeds.

But first, read my new essay on Mamalode. Here’s the link:

Thanks for reading and sharing and commenting and all of that good social media stuff.

Reflections On The Proposal 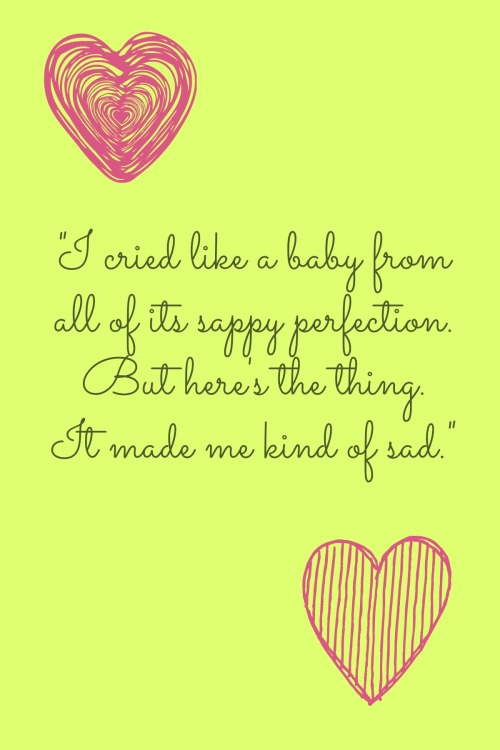 Did you see the YouTube video of Dean’s yearlong countdown proposal to Jennifer that ended on a beach at sunset in Aruba (on her birthday!) surrounded by friends and family? I know this couple’s uber-romantic proposal is, like, so last week, and now everyone’s blabbering about the video of the seven-week old baby who supposedly said “hello,” but I just can’t stop thinking about Dean and Jennifer.

It was pretty awesome. I mean, I know nothing is what it seems. Maybe Dean has bad credit or his father is an alcoholic. Perhaps Jennifer is on a kidney transplant waiting list or she’s a hoarder. But the video didn’t suggest any of that, so I’m going on the assumption that they’re a mostly sane and reasonable couple in a state of utter bliss. Their lives appear easy and uncomplicated, even with Dean’s time-consuming and secretive hobby of producing, directing, starring in, editing, and sound-mixing a 365-day marriage proposal.

Watching the video was like watching the pinnacle scene in a blockbuster Tom Hanks and Meg Ryan romantic comedy.  I cried like a baby from all of its sappy perfection. But here’s the thing. It made me kind of sad.

I remember that state of utter bliss. I remember when life was easy and I felt invincible. I remember it all like it was yesterday, but yesterday for me was over a dozen years ago, and my time of easy, blissful invincibility has long expired. I have the scars, cleavage wrinkles, and worry lines to prove it!

I envied the moment in time where Dean and Jennifer stood, and it wasn’t just because they were standing on a beautiful, sandy beach in Aruba (although that was part of it.)  It was that I could see crystal clear all of the firsts they have to look forward to, whereas many of mine are in the rearview mirror and require me to wear glasses to see them.

When I got engaged, I imagined my life would unfold exactly how I wanted. In other words, perfectly. On the cusp of turning 40, I wouldn’t change a thing (well, maybe a few things), but to say it’s happened the way I expected would be a gross exaggeration. I’m old and wise enough to know that no one gets sweet in life without a hearty side of bitter. Eventually, a wave will knock Dean and Jennifer off their feet, and as I watched their proposal, I wept for the beautifully complicated and perfectly imperfect future that awaits them.

Maybe the proposal made me sad because, I, too, am fond of countdowns, and I happen to be on day 23 of my husband being in London for business, a daunting scenario as a wife and mother that I never envisioned but that I’m coping with as best as I can. Another way to look at it is that I have three more days to go before he returns, but any way you spin it, his career requires him to travel for uncomfortably long periods of time, every time I turn around, an adorable little person who misses his Daddy says, “Mommy…” followed by a request, demand, or confession, and his return regrettably won’t happen on a beach at sunset in Aruba.

In any case, I’m rooting for Dean and Jennifer and a long and happy future filled with adventures that surpass their wildest dreams (at least a few of them). I’m also looking forward to seeing their YouTube baby announcement. That, and I can’t wait to see a follow-up video of that baby genius saying, “Mum, I ate my poop.”

How did you feel about the proposal?