Tossing Time in the Air 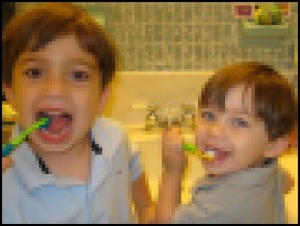 In my MFA program, one of my first composition assignments was to create a dance from a newspaper article. I chose an obituary from the New York Times.

I began by mapping out a chronological timeline of significant milestones in the deceased man’s life. Next, I choreographed a movement sequence for each landmark. Then, I used chance to deconstruct the order of events and intermingle them in a series of unpredictable arrangements, lengths, tempos, and momentums.

After I performed the piece, I walked my professor and classmates through my creative process. I don’t remember anything specific about the man whose obituary was the springboard for my assignment, but I’ll never forget the looks on everyone’s faces when I finished my presentation.

I disassembled a person’s life and put the pieces back together differently. I tossed time in the air and let all of its fragments land in new places and blend in new ways. I hypothesized not only that a life is the sum of all of its parts, but also that people carry each part with them to and from every stop on their journey.

I lost myself in the movement and the method while making that dance, and I had a blast doing it, but it wasn’t until many years and many parts of my own life later that I truly understood the meaning of the assignment.

“I’m a horrible mom,” I blurted out to my husband (unfairly).

“What are you talking about. You’re an amazing mom,” he said.

I went on to itemize all of the ways I’m falling short with my kids.

“They’re in a tough place,” he said. “Give it time. Give them time. You’re an amazing mother.”

Nothing feels right lately. We are in a tough place. The last year has been fraught with change. Everything is new and different and hard, and I’m terrified that I’m screwing up the lives of the people who mean more to me than I can even begin to comprehend.

I went for a run to try to clear my head. When I returned, my seven-year-old appeared and said, “Mommy, you have to come downstairs.”

In the basement, my husband was transferring files from one computer to another. In the process, he found a bunch of videos from an old iPhone that were backed up on his computer. We sat glued in our chairs watching priceless snippets of time from when the boys were babies.

My squishy little boys and their precious little voices and their delicious little smiles were right in front of me again. I wanted the computer screen to swallow me whole. To bring me back to that uncomplicated (in hindsight) time.

In one particular video, I narrated from behind the lens an epic (i.e. long, arduous, hilarious, and never-ending) journey from one end of our house to the other to brush the boys’ teeth and get them to bed.

I was filled with patience when every step we took forward was followed by three (or 30) clumsy, distracted steps back.

I was filled with encouragement (and patience!) when I asked Dylan to move his brother’s step stool closer to the sink.

I was filled with praise (and patience!) when I congratulated him for putting toothpaste on his toothbrush all by himself.

I was filled with gratitude when I thanked him for putting toothpaste on Riley’s toothbrush, too, even though most of it landed in the sink.

I was filled with laughter when Riley poured his cup of water on the counter and licked it like a dog.

I barely recognized the patient, encouraging, gracious, grateful, funny, entertained, and laughing (and did I mention patient?) mom in the video. But she was me. She is me. I was a good mom that night. A great mom, actually. Maybe even an amazing one.

If it’s true that a life is the sum of all of its parts and that we carry each part with us to and from every stop along the way, then even though my light and joy are currently buried underneath restlessness, anxiety, and fear, they’re still there. They’re all of my parts and they’re all a part of me. If I toss time in the air like I did in my composition class nearly two decades ago, a new combination of fragments will land at my feet and just might inspire a whole new dance.

The Fall (Or Getting Back Up) – My Messy, Beautiful

Editor’s note: Almost eight years ago, I had a molar pregnancy. I don’t often write about it, but it’s not because I don’t want to. It’s because it’s hard. I mean, really hard. But here I go anyway, because I can do hard things.

I never thought of my body as a vessel put here on this Earth to procreate until my body proved incapable of the task. It was only then that I wondered about the hows and the whys of life and considered the consequences of having a body that didn’t do what it was meant to. It was only then that I shuddered from the sting of failure. Any previous feelings of disappointment were mere ripples compared to the wave that took me under when I couldn’t make a baby.

I’m not a religious person, but I believe in an energy that runs through the universe. It’s what drew me to dance. Very occasionally, moving through time and space allowed me to tap into that force and feel something larger than myself.   Those precious moments of light and connection gave dance significance in my life that went far beyond livelihood (not that I ever earned a penny doing it).

I’m fortunate to have felt light and connection in my life, but they’re not answers to the hows. They’re not explanations for the whys. When my first pregnancy turned out to be a molar pregnancy, which turned into choriocarcinoma (i.e. I wanted a baby but got cancer in my uterus instead), the ground crumbled beneath me. With nothing to grasp on to, I quite simply fell.

It was a bad math equation. A chemistry experiment gone horribly wrong.   A bunch of cells that didn’t do their job. None of it was my fault, and I know that now, but I struggled for a long time to figure it out.

Did having a molar pregnancy make me stronger? Maybe. Did it make me more determined? Perhaps. Did it help me not sweat the small stuff? Hardly.

For better or for worse, it taught me that sometimes falling feels good. That time doesn’t heal all wounds. That loss is lonely but must be felt alone. That in order to be privy to life’s most supreme miracles, we must surrender to our vulnerability.

It might’ve been helpful to have faith in something during that dark time instead of a list of all the things I don’t believe. If I’m being completely honest, what eventually lifted me up wasn’t some grand aha-moment that motherhood didn’t define me; rather, it was the messy, beautiful realization that it did.

Beautiful because making and carrying a baby inside my body was the embodiment of connection and holding that miraculous human life in my arms was the epitome of light. Messy because had I not ultimately fulfilled my longing to have a baby, I don’t think I ever would’ve been whole.

There is a sense of gratitude that comes from enduring tragedy. It’s the appreciation not for the thrill of the fall, but for the more authentic version of you that emerges in the daunting process of getting back up. 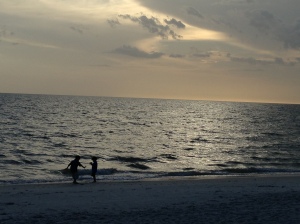 This essay and I are part of the Messy, Beautiful Warrior Project — To learn more and join us, CLICK HERE! And to learn about the New York Times Bestselling Memoir Carry On Warrior: The Power of Embracing Your Messy, Beautiful Life, just released in paperback, CLICK HERE!