All The London Buildings

Whenever Mike goes away on business, he brings home a special surprise for the boys.  This time the destination was London, and the boys requested snow globes with “all the London buildings.”  Okee-dokie. 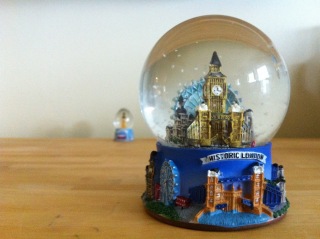 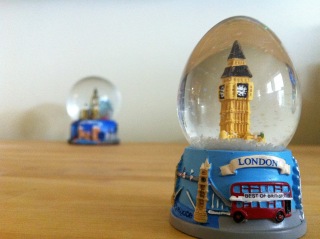 According to Mike, the snowglobes were easy to find.  The problem was that upon returning to the United States (in Newark) and going through customs, Mike had to exit and then re-enter the security area to fly home to Ft. Lauderdale.  With two snow globes.  Filled with liquid.  In his carry-on bag.  TSA officials deemed the liquid-filled snow globes with “all the London buildings” suspicious, and gave Mike a choice – dump them or check them.   Geesh.

To dump them would have been a tragedy of massive proportions.  To check them would have meant he had to check his backpack, which held all kinds of important, un-checkable things. It also would have cost him $35. Damn airlines!

In the end, the love between a father and his sons proved stronger than the convenience of contact lens solution after a long overseas flight. Mike checked his carry-on bag, and the looks on Dylan and Riley’s faces when they saw their snowglobes with “all the London buildings” made it worth the hassle.

Editor’s note A: I offered Mike the opportunity to tell his story as a guest blogger, but he declined.  Actually, he laughed and then he declined.

Editor’s Note B:  No one is more excited about the boys’ new snow globe collection than me.   I have grand plans for our owls and snow globes!  I could kick myself for not buying that owl snow globe from West Elm when I had the chance.  (Yes, I just checked online, and it’s no longer available.  Maybe I can find one on eBay…)