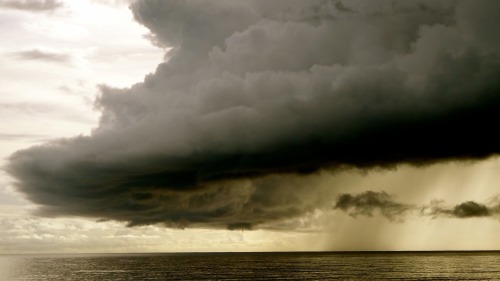 I’ve started seeing a cognitive behavioral therapist to address my anxiety. I’ve done a lot of traditional therapy over the years, but this is the first time I’ve approached my excessive worry from a behavioral standpoint. I’m only a few sessions in, but and so far it’s been kind of mind-blowing.

I crossed out that “but,” because one of the strategies I’ve learned is to replace “but” with “and” to remove negative bias. For instance, if I say, “Dinner was delicious but the service was slow,” I let the pessimistic part win. I diminish the fact that the food was good. If I say, “Dinner was delicious and the service was slow,” I still feel pretty good about the meal I ate. It’s a small tweak that has an enormous impact on my automatic thought process, which tends to thrust me down a perilous rabbit hole of fear and negativity.

For example: I have a headache. I don’t usually have headaches. This is weird. Something must be wrong. I must have a brain tumor. I’m going to die.

I do this dangerous dance often with my health. In my defense, when you try to have a baby but (and?) get cancer in your uterus instead, an onslaught of irrational worry isn’t so farfetched. It happens with my writing, too. Imposter Syndrome is a beast. Another breeding ground of angst is my children, both of whom are anxiety triggers I lovingly live with day in and day out.

As any parent will attest, kids are a constant source of concern, but and when you have anxiety, concern occasionally turns into calamity without warning because anxiety is a shitty friend.

I’m a successful product of public schools and my kids are enrolled in an excellent public school district, but parenthood has woken me up to how kids with learning challenges, sensory differences, and special needs struggle to fit in the neat and tidy boxes for which most classrooms are equipped and teachers are trained.

Did you catch that? Classrooms are crap! Teachers are crap! My kid is going to slip through the cracks! His spirit will be crushed! He’ll fail out of school!

I’m a successful product of public schools and my kids are enrolled in an excellent public school district, AND parenthood has woken me up to how kids with learning challenges, sensory differences, and special needs struggle to fit in the neat and tidy boxes for which most classrooms are equipped and teachers are trained.

Can you feel the difference? I turned out great and my kids are in an awesome school AND there are challenges. Now, the positive and negative parts of this story have equal value, and I’m empowered to tackle the problems and advocate for solutions. Everything’s going to be okay, but and I have a serious “but” problem.

“The Amazon Jungle is the biggest jungle in the world.” My nine-year-old school-hater surprised me with this random and unsolicited outburst of knowledge.

“Is it bigger than New York?” My seven-year-old son’s curiosity was unleashed.

“Is it bigger than Texas?”

“Is it bigger than Earth?”

“How can it be bigger than Earth when it’s on Earth?” He was smug with 4th grade superiority.

My seven-year-old, who will always be two frustrating years younger than his big brother no matter how hard he tries to catch up, matched his jungle and raised him a cloud. “Did you know clouds are heavy?”

“If a cloud falls on you, you’ll die.” The older brother added his two (morbid) cents.

“Mommy, do you know how rain is made?”

“Water evaporates from the earth into the sky, it forms clouds, and then water falls out of the clouds,” and then, “but that means when it’s raining, God isn’t peeing on us.”

There was a mix of satisfaction and disappointment in his voice. He was proud of his newfound knowledge, but and his imagination got truth bombed by science.

I knew just what to say. “Oh, sweetheart, it’s true that God isn’t peeing on us, but and it’s still God playing the drums when you hear thunder.” (For now, anyway.)

One response to “Replacing Buts (Not Butts)”